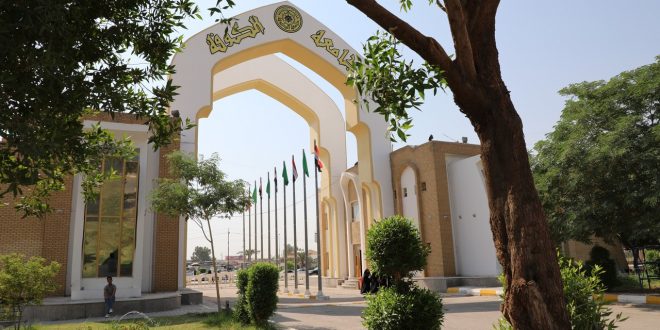 Second: Each student will receive a university number of six digits. The first two digits on the left stands for the year of his acceptance at the faculty and the rest stands for his sequence in the central acceptance office list.

First: The period of crossover for between faculties which follow the courses program for the students according to the central crossover regulations 1/7-1/8 provided that all applications in this regard will be decided about it within ten days after the date of the application.

Second: The Department council or the branch council of the faculty which has no departments after having the approval of the faculty council will specify the equivalent subjects or courses of the previous faculty that could be considered to be taken into account so that the student will study the rest of the required courses for his graduation . This must be done at most by 1/9.

Third: Following an commendation by the department council to the faculty council the student can crossover to a department with lower requirements within the same faculty according to the lower level for the accepted group of that year if he/she fail in one obligatory course in the first studying level for the second time or due to acceptable reasons. All the previous terms will be counted as part of the total period of the study. If a crossover student fail twice in a department requirement course in the first level his record at the faculty will deactivated.

Fourth: Beside taking into account points one and two of the crossover requirements above:

First: A course-studying subject that contains a specific studying units decided by the department and approved by the faculty council and the University council.

Second: Prerequisite-a required previous course whose contains are required for studying a new course depending on the previous one.

Third: Obligatory courses-Fundamental courses that strengthen the student knowledge and the student must study them.