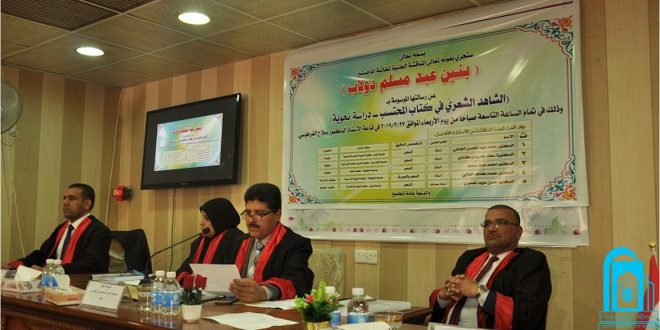 The master thesis of the student (Benin Abdul Musallam Dulab) from the Department of Arabic Language and the Hall of Dr. Salah Al-Fartousi at the Faculty of Basic Education was discussed. The study examined the poetic evidence that Ibn Jnejy invokes in the Book of Muhtesib to prove the validity of the abnormal readings and the explanation thereof. Linguists and interpreters ancient and modern has been paid to scientists a lot of their attention and efforts of the novel and comment and adaptation and the subject of readings concerned with the words of the Koran because it means how to pronounce the words of the Koran, but the impact on the significance of the Koran, and the researcher documented evidence of several sourses to defend its mission. 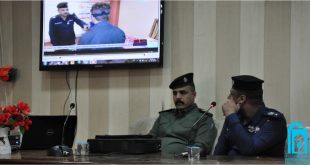